The vessels are approximately 17-metre long, fast, self-righting Kewatec Serecraft SAR17 Search- and Rescue vessels. Photo: Kewatec
Kewatec has signed a contract with the Icelandic Search and Rescue Association (ICE-SAR, Slysavarnafélagið Landsbjörg) to deliver three Search- and Rescue vessels. In addition, the agreement also includes an option for ten additional boats. The value of the contract for the three boats is approximately EUR 5.7 million and the total value of the entire acquisition is approximately ISK 3.7 billion (EUR 25 million).

Kewatec has won the competitive tender and signed a contract for the delivery of the Search- and Rescue vessels to Iceland. The contract was digitally signed by both parties via remote connections on 1 July 2021. The ceremony for the signing of the contract will take place in August this year, when all the parties involved in the project will meet in Iceland and celebrate this major milestone.

The vessels are approximately 17-metre long, fast, self-righting Kewatec Serecraft SAR17 Search- and Rescue vessels. Their construction will begin in Kokkola at the end of October, the first vessel will be delivered at the end of June next year, the second at the end of next year and the third in the third quarter of 2023.

The renewal of the three ships will cost approximately EUR 5.7 million. Half of the project is covered by the Icelandic State. In addition, 10 vessels are planned to be renewed in the fleet in the next few years, as options in this agreement.

INVESTED HEAVILY
Sales Director Jari Ahoranta "Kewatec has invested heavily in developing new models and markets in recent years. The highly demanding sea conditions in Iceland and the North Atlantic place tough demands on the vessels. We are proud to have this contract and confidence from an Icelandic, experienced operator and, at the same time, humble in the face of local forces of nature. The boats we are designing and delivering have very special features and are a natural continuation of our purposeful development work.”

"We are really happy that we have finally reached this stage, when the contract has been signed and the big project will get started," says Örn Smárason, Project Manager Maritime SAR from ICE-SAR. "At the same time, we look forward to the next phase when we get to build ships," he continues. "Congratulations to all of us and many thanks to Kewatec for being very effective in completing the agreement." 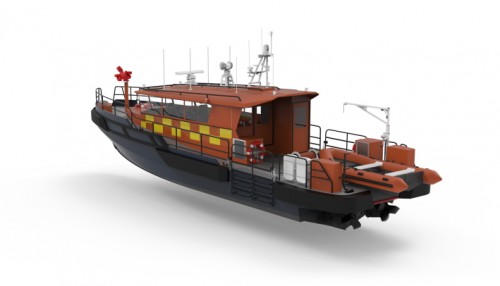 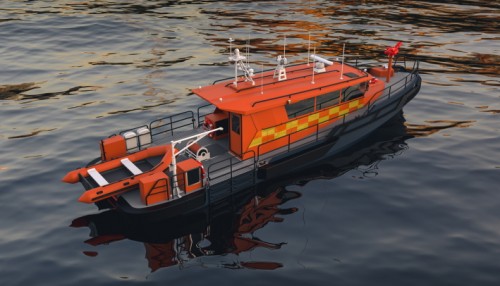 The renewal of the three ships will cost approximately EUR 5.7 million. Photo: Kewatec 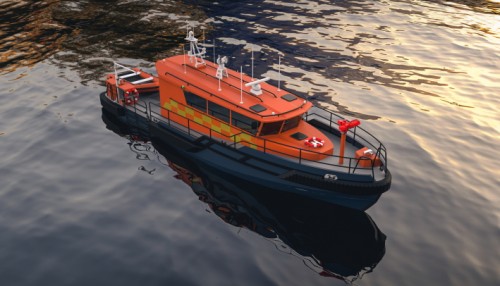 10 vessels are planned to be renewed in the fleet in the next few years, as options in this agreement. Photo: Kewatec