Global Mercy during the sea trial. Photo: Stena RoRo
Stena RoRo is leading the project for the construction of the Global Mercy™, the world's largest civilian hospital ship. After several years of construction at the Tianjin Xingang shipyard in northern China, the final test, the official sea trial, has now been completed with good results.

The shipyard will present the ship for delivery this summer and the vessel will then sail to Antwerp in Belgium on its maiden voyage, where some members of the crew will board and the medical equipment supplemented. This will be followed by a visit to Rotterdam, and after this the Global Mercy™ will be ready for its first important mission in West Africa.

Stena RoRo is building the Global Mercy on behalf of the international charity organization Mercy Ships, which provides free life-changing healthcare to people in some of the world's poorest countries. The project began in 2013 and Stena RoRo is responsible for design, contracting and execution. The construction project is unique in its kind and places major and specific demands on both design and layout, dependent on the special needs that hospital operations entail. On board are operating theatres and hospital wards, and everything needed for both patients and those working on board, including schools and preschools for the children of the volunteers.

SEA TRIAL
The sea trial, which the Global Mercy has just completed, means that the ship's systems and functions – such as engine performance and fuel consumption, navigation and radio equipment, maneuverability and safety systems – are tested for several days at sea.

"The purpose of a sea trial is to ensure that the ship's systems are working properly during operation and that the requirements of the specifications and applicable standards are met," says Per Westling, CEO Stena RoRo. "The hospital services to be provided on the Global Mercy entail increased requirements for good ventilation and minimization of vibrations, for example. This was also checked and she was approved on all counts."

GLOBAL PROJECT
The Global Mercy is the result of a global collaborative project with the participation of a number of subcontractors from around the world. Swedish Stena RoRo is leading the project and Finnish Deltamarin is conducting work with design. A French shipbroker, Barry Rogliano Salles, (BRS Group), assisted in preparing the contract and the ship is being built at the Tianjin Xingang shipyard in northern China. The vessel, that is classified by the Lloyd's Register in the United Kingdom, will sail under the Maltese flag and operate along the coast of Africa.

Stena RoRo has based the project on a concept for passenger and cargo ships for international travel in the RoPax class. The concept has been modified to a purely passenger ship design with hospital activities. The Global Mercy will have six operating theatres, 200 hospital beds, a laboratory, a patient clinic and an eye and dental clinic. In total, she will be able to accommodate 950 people, of which 641 are crew.

"For a few years now, our team has consisted of up to 16 members, stationed at the Tianjin Xingang shipyard," says project leader and site manager Rikard Olsson, who has been in China with his family almost continuously since 2016. "The team has mixed nationalities and part of the job has been to reconcile the different cultures. An important task has been to ensure that the ship is built according to the specifications. For this shipyard, this is the first time this kind of ship, which can be compared to a cruise ship, has been built. We have worked hard to meet the required standard and everything has gone very well. We are very pleased with the collaboration with the shipyard."

LOCAL HEALTHCARE INFRASTRUCTURE
In addition to providing free medical and dental care, Mercy Ships contributes to building up local healthcare infrastructure by training local healthcare staff. This is why the Global Mercy is equipped with first-class training facilities, including equipment for virtual reality training and other simulations of care and methods for use in environments with limited resources.

"The Global Mercy is a special project that we are proud to be a part of. Mercy Ships is doing a fantastic job and with the new ship, their capacity to provide free medical care to many extremely vulnerable people will be more than twice as large," says Per Westling, who in 2017 visited the sister ship Africa Mercy when it was based in Madagascar.

This summer the Global Mercy will be delivered from the shipyard. The maiden voyage will be to Antwerp in Belgium where some members of the crew will board and the last medical equipment installed, which will take a few months. After that, there will be two weeks in Rotterdam in the Netherlands, where festivities will be held in presenting the ship to sponsors, potential volunteers and other interested parties.

BIG DIFFERENCE FOR MANY PEOPLE
The first mission will be during 2022, when the Global Mercy is expected to call at Dakar in Senegal. There will then be more than six hundred volunteers aboard from all over the world and from a variety of professional categories, who will make it all possible through their contributions of skills and time.

More than 93 percent of the population in sub-Saharan Africa do not have access to safe surgical care *. The already very fragile medical care systems are at risk of being further degraded by the corona pandemic, and the need for basic but vital care is greater than ever in many poor countries. The Global Mercy will make a big difference for many people in southern and western Africa.

About the Global Mercy: 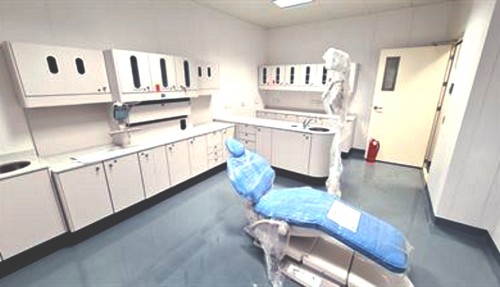 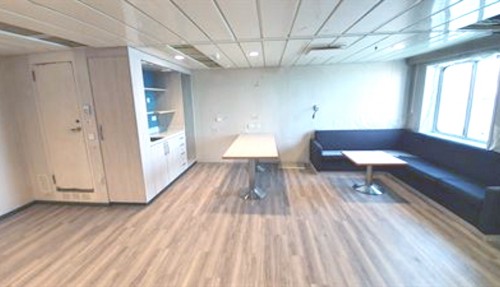 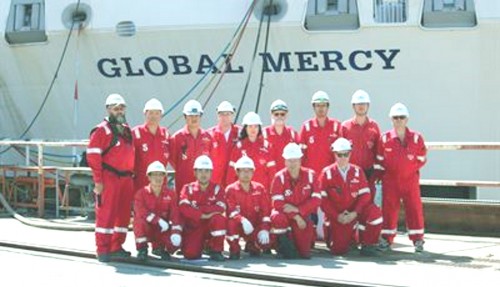